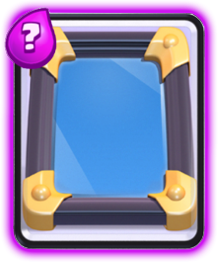 The Mirror is a spell card available from Arena 5. The cost for the Mirror is the sum of the cost of the Elixir of the last card played plus one. The Mirror is repeating cards, which is very unpleasant for the opponent, because he will not have enough Elixir to fight both cards. You can play with this card however you choose; the possibilities are endless. It’s mostly used with powerful cards such as the Prince, because you will draw your best cards to protect the Tower from the Prince, and then another one is on the way. Clash Royale says: “Mirrors your last card played for +1 Elixir.”