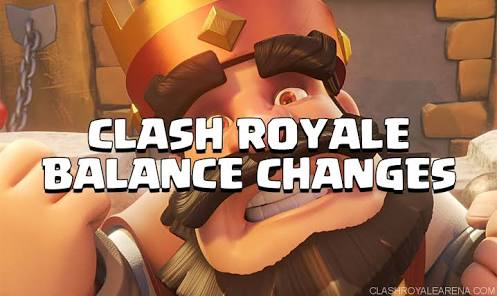 Hey guys, I’m back with another article. This one being about the balance changes announced recently , proposed to be released on the 12th of June. This is going to be an extensive summary about the scheduled Buffs/Nerfs to cards and the possible effects it could have to the game and to the Meta. So let’s get into them!

The Night Witch was released into the game just a few weeks back and it is already receiving a nerf.
It was a really strong card, sitting strong at 4 elixir, it provided way too value, Literally giving wins using a famous clone rage cycle deck where you basically just had to cycle back to the night witch and clone and rage it, giving easy 3 crowns. Well, that is coming to an end.

The Night Witch will now spawn 2 bats EVERY 6 seconds INSTEAD of 2 bats every 5 second, making her a less vigorous unit.

Along with that, The Night Witch will now spawn 3 bats when it dies instead of the original 4 , Making the death damage or the damage done by the bats 201 per second, instead of the earlier 268 per second.

Moreover, The initial bat spawn when she is dropped will be slightly delayed, such that she will take 13 seconds to spawn the first 6 bats , instead of the earlier 10 seconds.

The developers believe this nerf will make her significantly less over powered but still a force to be reckoned with. Only time will tell.

Multiple spells will now stack. This means now INSTEAD of earlier where even if you dropped 2 spells of the same kind together on the same area, they would NOT do x2 (double damage), Now they WILL.
I think this will heavily impact the gameplay especially in 2v2 where People will double drop poison on the towers for double damage. Good change indeed.

The tornado spell provided way too much value for the cost of 3 elixir. It could easily counter the Hog Rider, Giant, Golem,etc And paired with the Bowler,Executioner, it was unstoppable.
Well, that is coming to an end.( Hopefully)

The duration of Tornado has been decreased to 2.5seconds from 3 seconds. The tornado will still active the King Tower, but this will Also reduce the damage dealt, from a massive 174 to a lesser 143. This will result in more a piercing Gameplay allowing Hog- Horde pushes to overcome the tornado. It also wont be able to kill spear goblins now.
A very Good Nerf.

The Log is one of the best cards in the game but it provided far too much value, especially against log bait decks.

It is hence getting a nerf. It’s change is being reduced to 11.1 tiles from 11.6 tiles. This wont make much of the difference, except it wont kill a princess and a goblins barrel together, and will force a more hastened gameplay.
Personal Opinion:-I feel allowing the Log to be placed on buildings will be a fair buff, as it will better help in protecting the cheekily placed goblin barrels or elixir collectors in the corner.

The Goblin Gang was by far the best defensive card in the game, and completely over-shadowed the Skeleton Army and Guards, as it just provided such immense value.
With this nerf, There would be 2 spear goblins instead of 3, Reducing the overall count to 5 from 6, and Giving less value to the user , and making it easier to counter . It will be less effective against all units, especially the air ones, which it could counter easily.
A Much awaited nerf.

The Skeleton nerf- buff love story continues, where again the skeleton count is being reduced from 4 to 3, as it provided way too much value for the cost of a mere 1 elixir.

This will also reduce their damage per second to 201 from 268.

It could completely shut hard hitting troops like The Electro Wizard, The Musketeer, among other. This buff should allow for a more balanced and skilled gameplay.

The Bandit became a very popular card, and was included in every cycle deck, and became a force to be reckoned with. However, with time, it faded away. Hence it is receiving a buff.

The Bandit will now Dash faster.
From 1 Second to 0.8 seconds, forcing the enemy to react more quickly.

Along with this, she is also receiving a health buff, from 750 to 780. This might not seem like a lot but she will survive one more hit from almost all troops , including Dark Prince, Archers, Minions, Skeletons , Bats, etc.

Only time will tell how this buff changes the gameplay.

Lets face it, the Inferno Dragon is a weak card, as it can be counter with almost all troops. It NEEDED a buff. Well, it is getting a buff now.

It’s health is being increased from 1000 to 1070 , making it higher than its counterpart , the baby dragon. It will now survive one extra shot from All Troops, Including Pups, Spear Gobs, Witch , Archers, etc.

Additionally, it will re target 0.2 seconds quicker, forcing the enemy to react more quickly.

Hopefully this will make the Inferno Dragon great again.

The Witch is also receiving a buff. Her Attack Radius is being increased from 1 tile to 1.1 tile. This might seem small but it will be effective against swarms of troops.

Additionally, she is now summon skeletons faster, from 4 every 7.5 seconds to 7 seconds.

However, the first wave of skeletons will be spawned a fraction too late, much like the nerf to the Night Witch.

Another Buff the Witch is receiving is her health. , which is being increased by 5%, I,e, from 665 to 698, which is huge, as she will survive an extra shot from many small and big units including Pekka, baby dragon, etc.

The Clone spell never really got going. However, it is now receiving a buff.

It wont freeze units for a fraction of a second when it was cast. The troops and their clones will both be ready to attack as soon as the clone spell is cast. A much deserved buff indeed.

The Bats have not even released yet and have already got a nerf. Their count is being reduced to 4 from 5, and rightly so, as they proved to be deadly in the case of the night witch.

I personally believe that cards like the Ice Spirit, Zap, Hog, will shine under the new meta.

Giant Cycle/ Double Dragon Decks will also become popular, along with the bandit.

The 3 Musketeers will continue to dominate, which will make The Lightning an absolute must in every Deck. That’s what i think.
Lets hope for the best.
This is yours Truly signing off.
See you in the Arena! 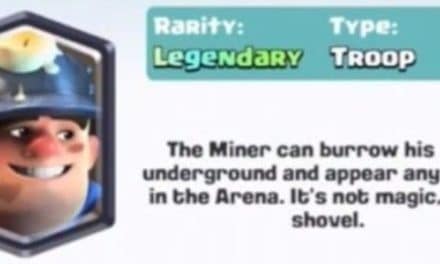 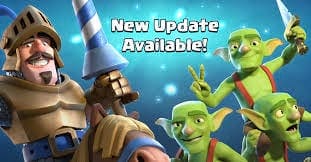