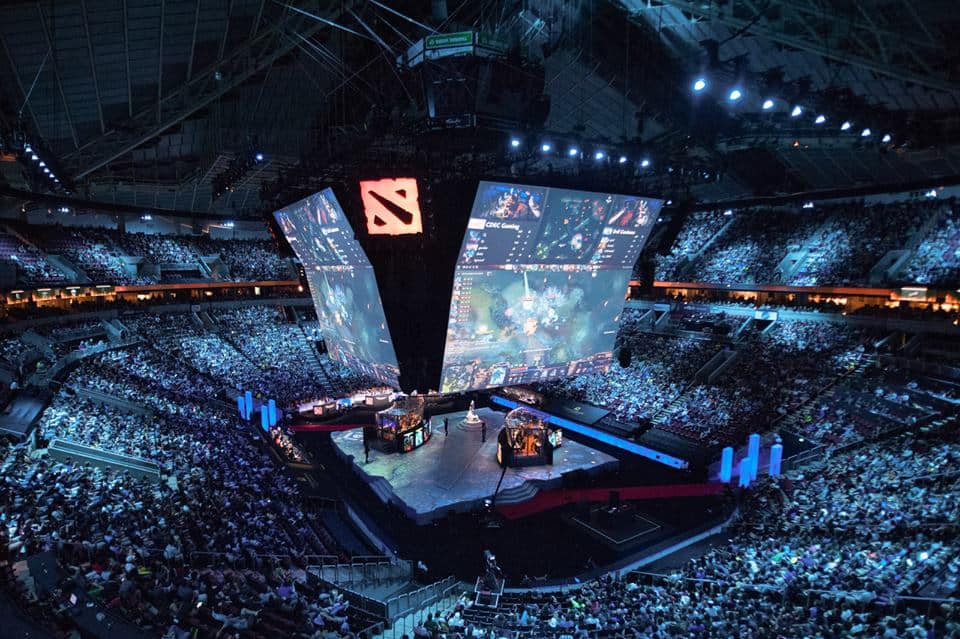 Tournaments were released in clash royale’s latest update. Now if you are pretty familiar with this game you would know how important and exciting these tournaments are, even though it is very hard to find one, and usually takes up to 10 minutes to find one. However, once you get into one, you have the possibility of winning huge or small rewards, depending on your position and tournament size. Either way, tournament chests are much, much better than normal chests and even the smallest of them have a more than fair chance of getting good cards.

So, do you want a bigger chest or a smaller chest? Bigger one, you say? Well, it is quite hard to finish in the top 3 of huge tournaments, but if you have the right deck and skills, nothing is impossible and you will soon realize that winning tournaments is a piece of cake. Well, today I’m gonna make your work easier by telling you my secret to winning tournaments. This is a modified version of the hog freeze deck, where instead of the freeze you have zap. Lets discuss the cards of the deck and their role 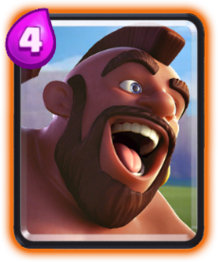 This deck obviously revolves around the hog rider. He is your main pushing unit that you will have to combine with goblins and zap to create a wrecking combo.The Reason behind choosing the hog over other troops like the royal giant is because of its speed and cheap cost. Also, you can so called “Pig Push” to avoid the enemy defenses if timed correctly. The best part about this deck is that you can defend correctly and then counter push, since anything combined with the hog rider is strong. One of them is of course, the princess, who, along with zap, can kill a minion horde put to stop your hog  in virtually no time if the zap is times correctly, this way the enemy wastes 5 elixir and the tower going down is almost a certainty. 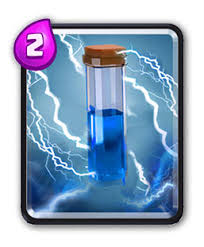 The Zap spell is one of the most interesting modifications to my earlier hog deck. The reason i chose this over the freeze spell is simply because of its effectiveness. The freeze spell for 4 elixir freezes everything for a certain period of time but leaves you vulnerable to enemy counter pushes. Zap, on the other hand, for half the cost gives you an extra hit, or two, in , and in the tournament format, where you have 3 minutes of extra time, taking it slow and steady is the best way than to just risk it and go all out attack. The zap, in my opinion, is THE PERFECT TOURNAMENT CARD and is equally good on defense when combined with the princess or the ice wizard. 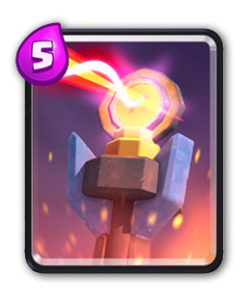 I have said this time and time again, and continue to say so, that the inferno tower is the best defense in the game. Why? For the cost of 5 elixir it can counter all troops effectively if backed correctly. Be it sparky, giant, or the royal giant, a simple valkyrie combined with zap and/or princess can take down ALL STRATEGIES easily and give you a huge boost for your counter push. Ever since the bomb tower got nerfed, i have been using the inferno tower as a substitute and i am very pleased. The cannon is cheap but its not very effective at tournament standards. It can be taken down in 2 shots by the hog without taking any real damage when combined with zap. 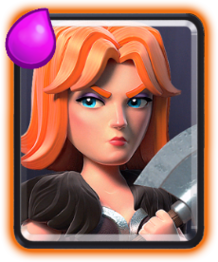 My previous deck had the bomber. Now, the bomber was doing extremely well in handling hordes of ground troops, but when it came to troops like the wizard and the witch, i really had absolutely nothing to counter them. So i thought of a replacement, and in my opinion the valkyrie is the perfect one. Not only does it counter the barbarians well, but also thrashes witches and wizard combos, and is also handy against troops like mini pekka and musketeer. At tournament standards, the valkyrie can tank 2 hits from the sparky, and that combined with zap and/or ice wizard is absolutely thrashing. The Valkyrie is such a good tank that on offense it can be combined with the hog rider to completely destroy anything that comes in its path and when combined with the princess and zap, even the minion horde cant stop it.In my opinion valkyrie is another extremely versatile card that can fit in almost any deck

So, i chose the valkyrie to replace my bomber, but what should i use to always have something handy that can target BOTH air and ground units? The simple answer was, the ice wizard. He is a mean machine. He not only does splash damage to incoming air and ground units but also slows them, allowing your tower or defense to easily kill it. He can deal with barbarians if deployed correctly, in the center, and can also deal with a minion horde without getting killed. On offense, when combined with hog and zap, it can absolutely give you the edge and allow your hog to get in more shots. At the cost of 3 elixir he is quite  handy and can give you the edge in battle if used properly 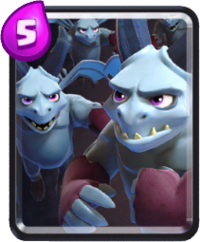 The minion Horde has and will always be in all my decks. The reason for this is its excellent ability to surprise the enemy. Using the minion horde can be tricky as it can be countered by various cards. But if you can manage to save it till later to make the enemy waste his counters, then this card is for you. You can always wait till you have 10 elixir and then drop the hog followed by the minion horde which, should be followed by zap in case the enemy drops something. If you can manage to surprise the enemy, i guarantee you that the tower will go down. Even if dropped alone in the dying seconds of the battle and backed by zap the minion horde can o an insane amount of damage to the tower. On defense, it is very good against hog valkyrie pushes. 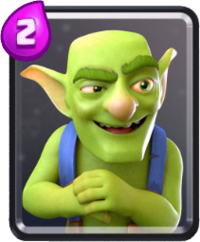 Just like the minion horde, the goblins too are an essential part of all my decks. In  fact, they are by far my favorite troops in the game. They re extremely cheap , and for the cost of that, they do more damage by second than any other troop. They can stop a hog from even doing a single damage when backed by the ice wiz, and in tournaments, thanks to the standards, can even take down a royal giant within 3-5 seconds. The main combo in this deck is of course the goblin hog combo which when combined with zap works 90% of the time, 50% of which the tower goes down completely. The goblins are an underrated card and i don’t want people to realise its true potential, because i really do fear facing them.

The princess is a very essential part of this deck. For the cost of 3 elixir she can take down hordes of troops, both ground and air, in just about 2 shots. She is certainly a game-changer. Without her this deck is incomplete.on defense she can of course deal with troops but sometimes she does need support to wipe out the bigger ones. The best part about her is that she can almost always be drooped on the river to deal 240 damage to your tower on average, and in the dying moments of the match these small details really make a huge difference

So guys as you all read that the main advantage of this deck is that you always have someone to back up. If i waste my zap, i have princess to deal with hordes. If i waste my valkyrie, i have my ice wizard to deal with the barbarians. You always need to have immediate backup and that is why i believe that cheap decks are the best. This deck costs little over 3 elixir on average and has almost everything readily available once the game enters the last minute of the battle. I  hope you find it useful and use it as well. clash on! 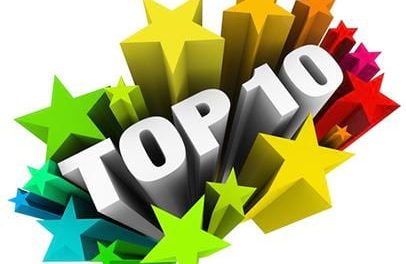 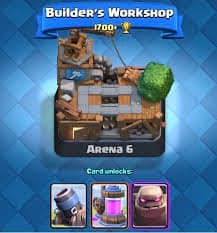