This deck is centered around all the cards being blue.  I made what I think is the most viable deck considering all the blue cards available in the game.  I have tested this deck at around 4000 trophies and had about a little higher than 50% win rate in 20 games.  Even though this is a small sample size, I felt that my deck was fairly strong through all the matches.  The hardest decks that I went were the arrow bait decks that centered around the goblin barrel and hut spawners.  The other deck that game me trouble were lava hound decks but I countered that with sending my troops to counter push the opposite side they were pushing.  That pretty much led to a base race where it was a fifty fifty split on who would get a tower.

The average elixir cost for this deck is 3.6 elixir  and the following cards used are:

Balloon-  Your balloon is your main damage dealer in your deck.  Even though it looks like a big troop, it has a surprisingly low health point count.  Because of this, you want to send your miner to the tower before the enemy crown tower targets your balloon.  Doing this will allow your balloon have a lot higher chance on reaching your enemy tower.  If it goes onto the enemy tower, you will see your opponent tower’s health bar drop like crazy.  A level 3 balloon will do just over 700 damage per bomb dropped.  However, your balloon is very weak towards minions.  If the enemy isn’t tactical, the minions will spawn the minions on the giant.  However, if they are tactical, which most of them are since they are in legendary arena, they will wait until the balloon crosses the bridge and then they spawn the minions on top of the balloon.  Because of this, you may want to be ready to support your balloon with preemptive arrows, which will be explained in the arrows section of this article.  The balloon can also be well supported by your wizard, but you may want to save it for a defensive counter if your opponent has a high cost deck. The balloon is strong against decks that do not have defensive towers but is weak against troops like the minions, minion horde, and the spear goblin ice wizard combo.  If you can catch your opponent off guard and out of elixir, your balloon push will be devastating and easily get you at least one star.

Miner-  The miner will act as your tank in this deck.  When you are set to do a balloon push, you should send your miner to your opponents tower that you are attacking,  The placement of the miner should be a random side of the tower but not the inner wall.  This makes it harder to counter the miner with regular shank goblins because they may guess your miner’s location wrong and that will allow your miner to lock on to the tower for some damage.  The miner should not be sent on the inner wall or else both of the enemy crown towers will target it making your miner have half as effective health.  By sending your miner our right before the balloon crosses the bridge, you allow the miner to tank and let the balloon get to the tower easier.  The balloon push should also be supported by the wizard, ice spirits, or minions if possible.  The miner also has other uses in this deck.  If your enemy has more elixir collectors on the field than you like, you can send a miner on to one  and the miner will do some crazy damage to it.  Also, your opponents may think that the miner is going for their crown or arena tower and spawn defending goblins or minions really far away from the miner’s location.  Just like with the elixir collector, the miner is also great at destroying hut spammers by targeting their tomb stones, goblin huts, barbarian huts, and furnaces.  The miner is also a great princess killer as he can spawn right next to her and take her out in two shots.  The miner is very vulnerable to things the princess is to like princes, pekkas, musketeers, and any air troops like minions and the baby dragon.

Wizard- The wizard is your support for your pekka in this trifecta deck be adding lots of splash damage to enemy ground and air units.  The wizard is an overall great card to have in your deck because it is the most effective card that does splash damage to both air and ground troop.  Its fast fire rate compliments the pekka’s sluggish moves.  Additionally, the wizard helps counter what the pekka is weak against, small critters.  The wizard can one shot many small troops like the skeletons, the spear goblins, the regular goblins, the three elixir minions, and the archers.  The wizard can also make quick work of swarms of troops killing the barbarians in three shots, the minion horde also in three shots, and the skeleton army in a few more shots.  The wizard however is pretty weak when being attacked.  The wizard can be easily killed by an enemy lightning spell or rocket.  The wizard can also be killed by a relatively high level fire ball.  The wizard is actually pretty good on defense.  It can kill oncoming enemy barbarians by itself.  It is also the best troop to use when countering the minion horde because your wizard can one shot the minions making quick work of the minion horde.  However, the wizard is not so great at countering high health troops like the prince, the pekka, the golem, and the lava hound.  he prince and pekka do too much damage to even let the wizard have a chance and the golem and the lava hound have too much hit points for the wizards relatively weak fire balls to do any noticeable damage.  However, an extremely well timed wizard can completely kill all the lava pups that spawn from a lava hound with one fire ball.  This also is the same with the goblin barrel.  An extremely well timed wizard can kill the goblins from the goblin barrel all in one go.  The wizard costs five elixir which is one of your higher costing cards.  I recommend saving your wizard only for your trifecta push because this is a key troop for it.  Only use your wizard for something else if it is the only option from saving your arena or crown tower.

Minions– This deck uses the Minions instead of the Minion Horde.  The Minions are preferred in this deck over the Minion Horde because you want to keep the cost of troops low.    By keeping the cost low, you will be able to cycle through your cards faster.  The Minions also do well enough against air troops like the Balloon or Baby Dragon, although for the Baby Dragon needs to target your Crown Tower first.  Minions also can take out the Barbarians with the help of the Spear Goblins.  This leaves you with a major counter push at the ready.  Also, these blue little monsters can help destroy Prince rushes with the help of some ground troops.  Even if your enemy uses Arrows, you are not at a Elixir disadvantage, unlike the Minion Horde.  The Minions could also kill a Sparky before it can take its aim at the Tower.  The minions are very vulnerable to anything that attacks air troops like the baby dragon, the witch, the spear goblins, the musketeer, the fire spirits and the wizard.  They are also weak to the ice spirits because they can be stunned long enough so the enemy tower can finish them off.  The minions are also one of your only air targeting units so you should be careful and know when the right time to use them is.  If you are seen having to defend against a lava hound or balloon without your minions or spear goblins, you will have a pretty hard time defending.  Because of this, if you see your opponent has one or two of these cards, you should save your minions or spear goblins just to counter the enemies air troops.  The minions are also weak to direct damage spells like the zap spell and the arrows.  Both of these direct damage spells will give your opponent an equal or an advantageous elixir trade.  It is strong against group troops that have a medium or low amount of health.  The are strong against the mini pekka, the musketeer, the barbarians, the pekka, and the princes. 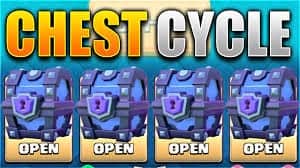 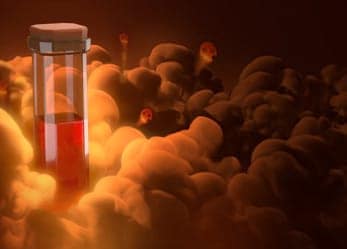