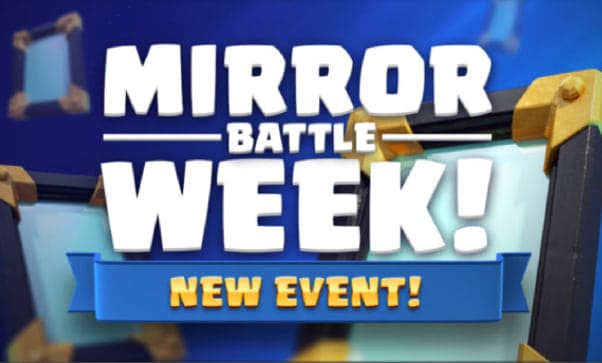 Hey everybody. Today we are gonna talk about a brand new challenge brought inside the game just recently by the developers, in a bid to “revive” the game, called the Mirror Challenge .

This is gonna be a quick post to keep you up-to-date with what’s going on this week inside of Clash Royale.

The basics of this challenge are pretty simple and straight, both you and your opponent will be given a deck at random, and here’s the catch, both of the decks will be the same. It will be the true test of gameplay. Both players will have an equal chance at winning, and no such card advantage. Tournament rules will apply , of course, to make the field level. Hopefully now there wont be people complaining of unfair matchups or “overpowered decks”. Even the starting cards are the same! You literally cannot complain. Also, just like the name justifies, there will be a “mirror” card in every deck. 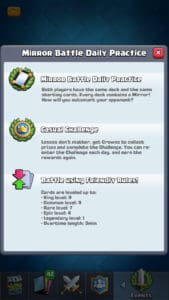 Moreover, since it is the mirror week, for the time being there is a casual challenge, where losses don’t matter. All you have to do is get the wins and complete the challenge. Right now a “daily mirror challenge ” is going on where you can play the challenge everyday and win the same rewards again. So these are the basics of the challenge.

The practice will go on till 19th October, after which the actual mirror battle will start, running through the weekend , the rewards of which are undisclosed as of now, but given the hype, they will surely be massive. 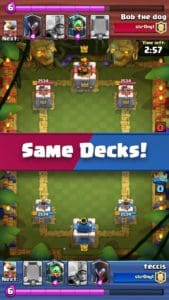 No excuses here. The winner is the better player. Both players will have the same cards and opening hand, and it entirely depends on how you play. It is better to go slow here, and see what your opponent does, and react to it, as it will give you a better understanding of him/her. Personally, I would spend the first minute of the match just reacting to what the opponent does, cancelling out plays, and if I see an opening committing to it with the full force I have. Otherwise, understanding his play is very important. Never underestimate your opponent. You can also behave very lazily in the first 1-2 minutes and then when you see him/her sleeping, catch him/her off guard and push with full force. Good luck.

That’s it for this short summary of the mirror week. Clash on! 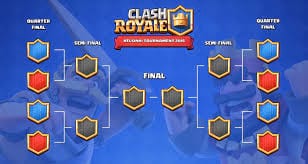 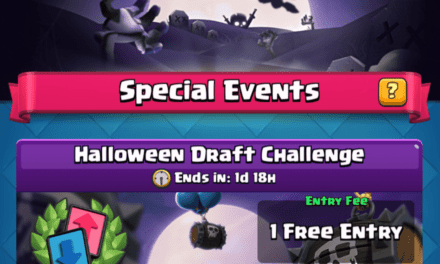